Chosen In Him – Alistair Begg

“So long as it remains true that Paul represents the Church of the Living God to be one, founded on one covenant (which the law could not set aside) from Abraham to to-day, so long it remains true that the promise is to us and our children and that the members of the visible Church consist of believers and their children — all of whom have a right to all the ordinances of the visible Church, each in its appointed season. The argument in a nutshell is simply this: God… Read more BAPTISM RESOURCES →

In the Bible they found also the mighty doctrine of the sovereignty of God, which taught them not to approach their problems in a subjective manner as you and I are prone to do. Their concern was not, how can I get a bit of help, how can I get some physical healing, how can I get guidance, how can I get happiness and peace, how can I get a friend who will help me in my loneliness? No, they saw themselves before this almighty, sovereign God and the one… Read more REMEMBERING THE REFORMATION →

The Sovereignty of God is an expression that once was generally understood. It was a phrase commonly used in religious literature. It was a theme frequently expounded in the pulpit. It was a truth which brought comfort to many hearts, and gave virility and stability to Christian character. But, today, to make mention of God’s Sovereignty is, in many quarters, to speak in an unknown tongue. Were we to announce from the average pulpit that the subject of our discourse would be the Sovereignty of God, it would sound very… Read more classic a.w. pink → 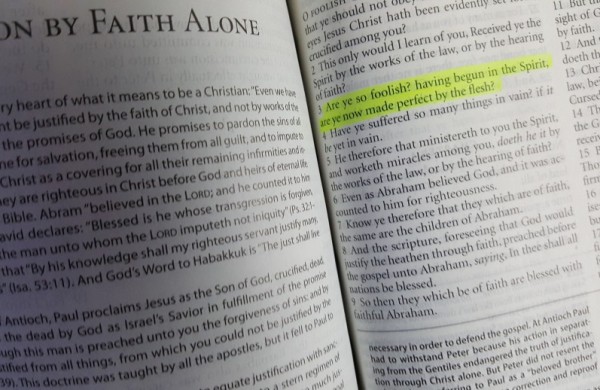 One of My Favorite Passages…

Now the birth of Jesus Christ took place in this way. When his mother Mary had been betrothed to Joseph, before they came together she was found to be with child from the Holy Spirit. And her husband Joseph, being a just man and unwilling to put her to shame, resolved to divorce her quietly. But as he considered these things, behold, an angel of the Lord appeared to him in a dream, saying, “Joseph, son of David, do not fear to take Mary as your wife, for that which… Read more Merry Christmas →