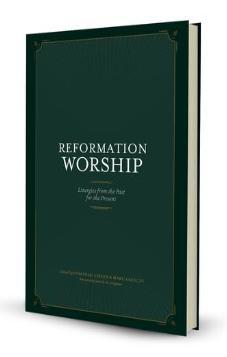 This singular invitation to worship was soon muted when Adam allowed the serpent – the craftiest of creatures – to enter the garden-temple. Through Eve, the serpent presented Adam with an alternative liturgy. He called Eve (and through her, Adam) to abandon the call of God and follow his call: to eat from the tree of the knowledge of good and evil and become like God. It was an invitation to act in unbelief and disobedience toward God, but in faith and obedience toward the devil – to bow down and worship the creature instead of the Creator. The one who had abandoned the worship of God in heaven – angelic Lucifer himself – had come to spoil the worship of God on earth. In careless and sinful rebellion, Adam followed the lead of his wife and obeyed the voice of the serpent, eating from the forbidden tree. He abandoned his probationary fast, disobeyed the voice of his God, and bowed down to the serpent. Since evil and error are always parasitic on goodness and truth, the worship of the serpent became a counterfeit worship of God. Adam and all his descendants remained in the same state: homo liturgicus. The liturgical structure for humanity remained the same: call – response – meal. But the object of worship had changed. God had been dethroned in the heart of man, and the devil had been enthroned. The worship of the Creator had been exchanged for the worship of the creature. An alternative liturgy – idolatry – had been introduced into the world and would remain the liturgical disposition of all Adam’s descendants. Reformation Worship