Diligent in Studying the Scriptures

We have to spend time in understanding and studying…[the] great doctrines of the Christian faith. It is only as we do so that we shall become strong, and become men, and be able to take the stronger meat, and so grow, and be powerful and able to teach others. There is no doubt but that the most unhappy and discouraged Christians today are those who do not exercise their senses with respect to this Word of God.

We cannot live on snippets in the spiritual realm. We have to get down to these profound truths of the Scripture; we have to make time to read them and to read books about them. The trouble today, as it has been for so many years, is that Christian people have not been reading their Scriptures, not troubling to understand them. They say, ‘Oh, I am too busy, I have too many things to do, and life is very harassing at the present time’. But our forefathers, who worked much harder, and for much longer hours, and for much smaller wages, found the time.

Those men used to read their Scriptures and study them. They generally bought a Bible which had a commentary at the bottom of each page, and they studied it and spent time with it. They also read other books which helped them to understand the Scriptures. They were ‘exercising their senses’; and that is what made them strong.

That was the secret of the Protestant martyrs. It was the secret likewise of the Covenanters in Scotland in the seventeenth century. Those men were strong because they knew their Scriptures, and they knew the truth of the Scriptures. They had exercised their senses. They gave time to the exercise; they lived by the Word. And thus they ceased to be babes and became mighty, strong men.

You and I must behave in a like manner. There is no substitute for that. We do not sit back and ‘just look to Jesus’ to do it all for us. That is a false doctrine: I do not hesitate to use such a term. We must exercise our senses, we must build ourselves up in our most holy faith. It will not happen to us automatically; there are no shortcuts in the Christian life. If you want to build yourself up, exercise yourself in the Scriptures.

This entry was posted on February 13, 2016 by Paul Nevergall. It was filed under Martyn Lloyd-Jones, quotes, scripture . 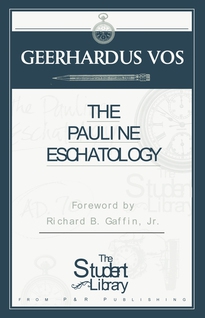